Brink takes place in the near future, on an enormous floating city known as the Ark. After natural disasters ravaged and flooded the planet, the Ark became a safe haven, housing thousands more people than it was designed to. With resources running thin and mistrust heightening tensions between factions, war soon became inevitable. Battles rage between the oppressed, working-class Resistance and the duty-bound Security.

Origins of the Ark

Originally constructed off the coast of San Francisco, the Ark was an experimental floating structure designed to support 5000 people. The experimental self-sufficient city was built from a genetically-modified species of coral, called Arkoral. When Earth's seas rose for unexplained reasons, the Ark became a safe haven from the calamitous floods that ravaged most landmasses. The Ark was quickly relocated in order to avoid an inevitable flood of refugees seeking shelter, and those with notable talents and knowledge were covertly brought to the structure.[1]

As the condition of the outside world deteriorated, refugees tried to find the Ark. Various people coordinated over the Internet in an attempt to deduce its location. This desperation was soon exploited. The crews of many ships ran scams, where they would charge millionaires for a trip to the Ark, kill the customers, dump the bodies, and return to ports to repeat the con. Some ships, however, were more honest, and actually attempted to locate the Ark and bring survivors to it. Many of these ships reached their destination, and in some cases, their occupants were almost immediately accepted into the Ark's Security forces.[2]

The Ark soon lost all contact with the outside world. Worse yet, its resources began to run out over the next two decades. It was originally designed to support 5000 people; thanks to the new arrivals, dubbed "Guests" by the Ark's Founders, it now housed 45,000.[3] The working-class Guests, though initially grateful to the Founders, eventually became dissatisfied with their lack of food, clothing, and particularly water. Led by Joseph Chen, the Guests formed a faction known as the "Resistance", and began to demand more of these essentials. When the Ark's leaders refused, the Resistance armed themselves, intending to seize power for themselves and distribute water and food freely. The Resistance believed that the Ark, having originally been designed to be self-sustaining, had enough resources for everyone; they were unaware of how overburdened the city was.[4]

The Ark had little need for a security force at the outset, but quickly began recruitment and went on a firearm shopping spree to counter the Resistance. Two decades after the Founders lost contact with the outside world, the Ark has become ravaged by decay, resource scarcity, and a desperate, bitter war between the Resistance and the Security. Now the only place on the Ark where there is any level of peace is the area around the capitol, where the Ark's leaders are trying frantically to contact the outside world for aid.

As tensions rose, Joseph Chen kept a crucial secret: the Ark's Arkoral had become sterile, and was breaking down. If the problem went uncorrected, the entire Ark would decay and sink. Chen's distrust prevented him from going to the Founders or Security for aid, and so he resolved to seek help from the outside world instead.[5] He planned to send a plane, piloted by Nechayev, out to the landmasses beyond the Ark.

What Chen and the Resistance did not know was that the Founders and Security had already tried contacting the outside world. The scouts that they sent were "killed in the worst way"[4] after tortured for the Ark's location, forcing Security to move the structure. The Ark did not have enough resources left for Security to move it a second time. If the Resistance succeed in escaping the Ark and contacting the outside world, they will inadvertently lead hostile invaders back to the Ark.[6]

Although the two story lines take place in the same locations and timeline, there are differences. In the Resistance story, they are seen as fighters for justice, while Security is an oppresive force. In the Security storyline however, they are seen as badly needed defenders againts the Resistence, which are portrayed as malicious terrorists. Some mission specs have been changed for these purposes (i.e., attack on CCity, Security will seize a vaccine, and unfarly distribute in the Resistance campaign, while in the Security campaign, they are taking a biological weapon, and creating a vaccine. Also, in the level Shipyard, the Resistance is aiming a missile at Founders' Tower. On the other hand, the Security are informed that the tower is being evacuated, but if the missile hits, thousands will still be inside.). In short, both sides are "good", and details on missons and facts are changed depending on which side you chose, so you're the "good guy" regardless of anything.

In some missions, it may be that one side or the other is being misled about the true nature of their mission - for example, some Security operatives may not be too keen on stealing a vaccine so that their leaders may hoard it for themselves; or conversely, many Resistance fighters would be appalled at the prospect of deploying a bio-weapon against the Founders. Who is lying and who is telling the truth is left unclear. 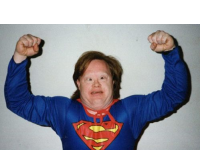 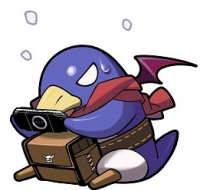