Terminal is a map used for the missions Day 3: Chen's Plans (Resistance) and Day 3: Smash and Grab (Security).

Terminal is a three-part map. The Security objectives are hacking a mainframe, unlocking a safe, and reaching the monorail to complete each part. Resistance wins the map if they prevent Security from their core objectives before the time runs out.

"We hit the motherload. One of the terrorists you captured was Nechayer. Chen's number two: he's... cooperating. He says Chen's been using the mainfraime in the old airport terminal. We have to find out why. That terminal's been closed for years. They'll have had time to repair defenses. You'll need to go in fast and hard because we have to assume they'll trip an intel burn as soon as soon as we show up. You won't have much time to upload the data key and upload it to the data terminal for decryption. Then we'll have Nechayer by the palm. *Brief laugh.*"

The Bruiser: "I don't care what you say. Intel raids using public transporting is just embarrassing. Chopper fuel can't be that scarce."

The Look: "The Pilot Nechayev?"

The Suave: "Yeah: Nechayev. So he flips on his comrades, and now we grab Chen's plans and it's all over? All this for one guy? He's the one grumpy guest?"

The Bruiser: "No, but he's the one revoking the guests with some bullshit story about a plague when it's really this year's flu."

The Look: "Look: for all we know Chen's got a bomb under every pelgo in the Ark-we have to know what he's planning. Stop Chen, the violence stops so ready up."

The Ark Airport or just the Airport was the original location where celebrities flew in and out of the Ark. Now it is abandoned since no one is actually flying in or out of the Ark. It has become completely useless.

In the map, there is a security sensor which activates the alarm when someone passes through its lasers. It is recommend that you avoid the lasers and either jump over or slide under, or you might give away your position to the enemy and be killed shortly after.

It is suggested in the screenshots that you can fight the other faction but as seen in the demonstration video, the whole airport is abandoned.

This could just be for demonstration purposes only, or was originally an area to fight but the idea scraped.

Videos suggest that you can fight in the airport parking lot, in the airport, and on the run ways. It may be possible that the Security Forces set up a base here for their Helicopter Gunships. They could easily take advantage of the empty terminals, spacious runways and taxiways, and remaining jet fuel. Any military jets stationed at the Airport would be reason enough as well. The best argument is that the Airport is well within their territory and is close to the Capital City.

It appears that the Airport at one time was serviced by aircraft similar to Boeing's 737 Y1 design; set to be introduced in the year 2020. The aircraft used may have been fueled by algae and other biofuels to display the environmentally friendly factor of the Ark. If so, there is the question of why the Ark's Security Forces have not tried to use the remaining aircraft to establish communications with the outside world. Nimbus Airways once owned the Ark's Airport. Known destinations from the Ark included San Diego, Acapulco, and Lima. The Airport may have been also serviced by small, private, and even military jets.

The Airport also seems to have a train station that is connected to the rail system all across the Ark's Capital. The Security Forces are shown to use the train for deployment and extraction. 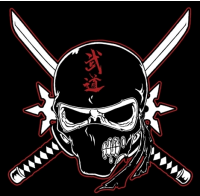