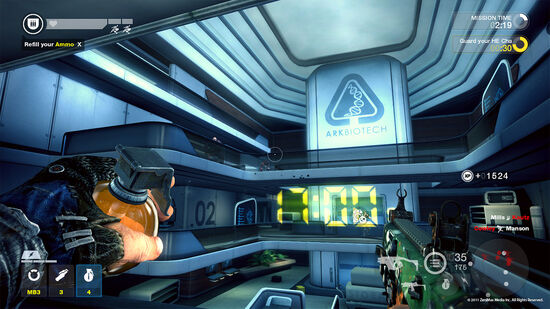 We're back with new details on Brink DLC and the upcoming title updates for the game.

The game's first DLC, Agents of Change, will be FREE for two weeks on Xbox LIVE, PSN, and Steam! The content is currently in submission at Microsoft and Sony, and we expect it to release in early July. As previously mentioned, the DLC features two all-new environments, five new player abilities, two new outfits, and two new weapon attachments. You can find more details in this post, and be sure to check out the screenshots above.

In tandem with the DLC, the teams at Splash Damage and Bethesda have been hard at work on the next major title update for Brink. The update is highlighted by online optimizations, AI enhancements, and weapon balance tweaks based on player feedback. As noted yesterday, a separate, incremental update is now available on PC, while players of the Xbox 360 and PlayStation 3 version of Brink can expect the full title update alongside the release of Agents of Change.

On behalf of everyone at Bethesda and Splash Damage, we want to thank all of you for your continued support of Brink. We'll be sharing more information as soon as possible.